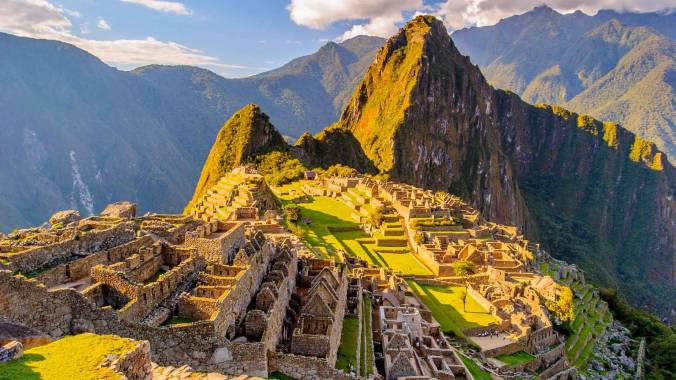 With the current state of the world — a pandemic that no one saw coming and a near worldwide lockdown — it’s easy to go a bit stir-crazy without the freedom of movement that we’re used to.

Many people have turned to using social media to connect with the outside world, while others have resorted to more drastic moves like the “coronacut” — taking scissors and clippers to their hair out of sheer boredom or for that dramatic style they always wanted to try but have now found the courage to go for.

That said, staying indoors doesn’t mean we can’t enjoy a lot of the things we were able to before. In fact, quite a few forms of entertainment (and even edification) can be enjoyed right at home for no cost.

From live concerts, art exhibitions and theater shows to exercise classes, virtual tours, and even celebrities offering up free entertainment, there’s a wide array of content to keep you occupied during these dark days. And for those who have wee ones at home, we haven’t forgotten about you. See what tickles your fancy from the selection below.

If you’ve always been interested in trying photography, or you want to hone your skills, now is the time. There are numerous online tutorials and resources available for free, such as Curtin’s Guide to Digital Cameras on http://www.shortcourses.com, and Marc Levoy’s Lectures on Digital Photography, which can be found on YouTube as well as the official website.

Amazon.com’s Audible is giving the gift of audiobooks. They have released hundreds of books in six languages that children can listen to while they’re out of school — from modern stories like the Harry Potter series to classics and fairy tales that elementary school students through to high schoolers can delve into — as well as a selection for adults. Start listening using your laptop, phone or tablet.

“Children can continue to expand their horizon by learning a new language, and parents can ensure that the kids are using their time wisely,” says language learning company Rosetta Stone, which is giving children three months of free access to their language courses while they’re off school.

Galleries may be closed but some are allowing virtual access so you can still experience the works of artistic greats.

■ The Royal Academy of Arts in London is offering their “Picasso and Paper” exhibition free in a video tour. Their exhibition on Belgian artist Leon Spilliaert is also free. They even have a how-to lesson so you can flex your artistic muscles to create portraits using photography, painting or collage: www.royalacademy.org.uk/article/family-how-to-portraits.

■ Take a trip around Dubai in the “Dubai 360” tour that will have you zooming around museums, parks, shopping centers, rooftop views and cultural landmarks.

With quality technology right at our fingertips, we don’t have to venture out to see some of the great landmarks of the world. With just a few clicks, you can go on a tour from the comfort of your home. Here are eight famous places that you can enjoy virtually:

Located in Vietnam’s Phong Nha-Ke Bang National Park, the world’s largest natural cave is quite a recent discovery. Put on your explorer hat and go on this amazing high-definition tour of caverns and sinkhole jungles with National Geographic: https://on.natgeo.com/3eHc190

Home to impressive quartz-sandstone pillars, some towering over 1,000 meters tall, and the world’s highest and longest glass bridge, you can soar above this popular tourist spot and bask in the serenity of the view thanks to AirPano VR. Find the videos on YouTube and use the arrows for a 360-degree view, or check the AirPano website for more locations.

Ireland is known for its fair share of magic, and the Giant’s Causeway is no exception. This UNESCO World Heritage site is found at the foot of the basalt cliffs along Antrim’s Atlantic coastline in Northern Ireland, and is made up of 40,000 huge interlocking basalt columns sticking out of the sea. These geometric columns inspired the legend that giants built them to walk to Scotland. Take a virtual tour with Britain’s National Trust.

The Namib Desert, said to be the planet’s oldest and driest desert at 55 million to 80 million years old, spans the Namib-Naukluft National Park on the southern African coast. It has UNESCO World Heritage status and is a popular attraction for its red-orange sculptural sand dunes that seem to have rusted with time. Explore this extraordinary area from the AirPano website as well.

Perito Moreno sprawls over about 250 square kilometers, is fed by the melting waters of the South Patagonia Ice Field and towers above the turquoise waters of Los Glaciares National Park. This wondrous site has scientists scratching their heads as, instead of shrinking like others around the world, this glacier is actually growing. The almost 60-meter-tall glacier and its surroundings offer visitors a beautifully pristine view. Enjoy the view on the 360 Cities website.

The vast Arizona landmark is home to red basement rocks believed to be about 2 billion years old. With steep cliffs and meandering trails, this UNESCO site is one of the United States’ most famous landmarks. Hike the Bright Angel Trail via Google Street View Trek, explore its peaks via Google Earth, and view the red rocks from high above with AirPano.

The magical aurora borealis, or northern lights, is an otherworldly sight that comes about when electrically charged particles from the sun collide with the Earth’s magnetic field. This colorful dancing light show can be viewed above both magnetic poles in such places as Canada, Russia, Greenland, Scandinavia and Antarctica. There’s a live webcam in Manitoba, Canada, where you can catch it live, if you’re lucky — check explore.org/livecams and seetheaurora.com/webcams — but if you don’t want to wait, there are plenty of breathtaking 360-degree views on YouTube or AirPano.

Renowned as the world’s highest peak, you can explore Mount Everest’s snowy peaks, take a “walk” around the mountain range and bask in the beauty that attracts 35,000 visitors per year using Google Street View, AirPano and Google Earth.

Take an interactive journey through the world’s largest coral reef system with naturalist legend Sir David Attenborough. Besides amazing imagery and scientific insight into this complex ecosystem, the virtual experience even offers “mantis shrimp vision.” Visit attenboroughsreef.com to dive in.

Famously linked to Charles Darwin and his theory of evolution, the Galapagos Islands continue to be revered for their endemic wildlife. Explore the UNESCO World Heritage site with Catlin Seaview Survey’s virtual dive or go above and below the water with Google Maps.

Are you interested in something that’s more on the scary side? For people who are down for haunted mansions and the like, here’s a spooky virtual tour to enjoy under the cloak of the night.

■ The Catacombs of Paris

These tunnels were created in the late 18th century in Paris when cemeteries became overcrowded. They used the tunnels, known as catacombs, to house the relocated dead — more than 6 million people. You can make a virtual visit in eight languages on the Les Catacombes de Paris website.